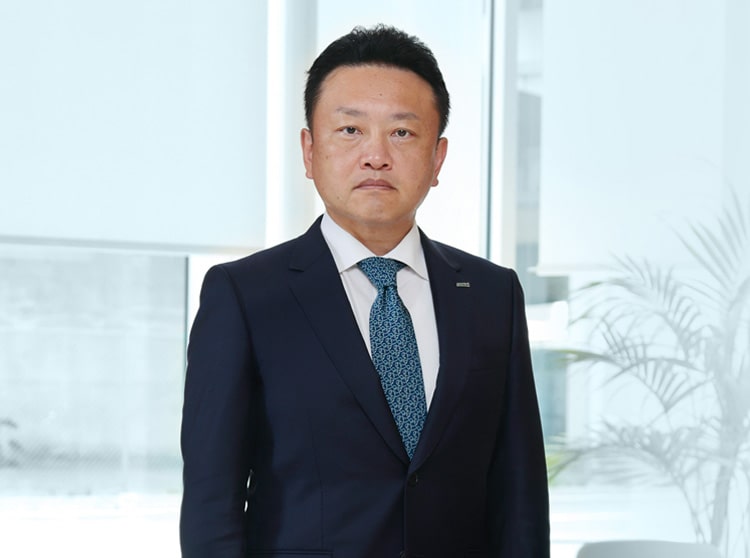 Despite drug price revisions and limited shipments due to suspended supplies from other companies and other developments, domestic revenue from the Japan generic drug business totaled ¥163,841 million (up 6.7% YoY) in fiscal 2021 for various reasons including an increase in fiscal 2020 new product sales. While the business recorded core operating profit of ¥27,016 million (down 10.7% YoY) because of an increase in R&D expenses in order to develop new products, operating profit totaled ¥32,361 million (up 23.1% YoY) since the Company acquired Kobayashi Kako Co., Ltd. assets related to production activities and recorded a gain on bargain purchase.

Production volume rose about 9% compared to fiscal 2020 to 15.1 billion tablets (including commissioned production). This was because in response to growing market demand, we worked to increase production in various ways including introducing nighttime, weekend, and holiday work. Even so, shipments continued to be limited, making it impossible to meet all the demands of medical institutions, but in April 2022, we ended limited shipments for 57 products, which has helped market inventory imbalances work themselves out.

In fiscal 2022, despite the impact of drug price revisions, we expect that both revenue and core operating profit will increase on account of sales of new products and other items.

To meet market demand, Sawai Pharmaceutical is working to expand its share of Japan’s generic drug market and reinforce its capabilities to provide a stable supply. Furthermore, the Sawai Group Vision 2030, the Group’s long-term vision through fiscal 2030, includes the target of establishing an in-house production system for more than 23.0 billion tablets, and fiscal 2021 was a year in which we made major progress in achieving that goal.

Following the decision to invest in a solid dosage form facility at the Daini Kyushu Factory in October 2021, we acquired Kobayashi Kako Co., Ltd. production facilities in March 2022, and then in April, Trust Pharmatech, Co., Ltd., which employees from Kobayashi Kako joined and launched full operations. With seven production and research facilities, the company possesses the capacity to produce approximately 3.0 billion tablets annually and expects to make its first shipments in April 2023.

In 2023 or after, we expect to have created a production system with a capacity of 21.0 billion tablets annually by gradually launching operations at Trust Pharmatech and Daini Kyushu Factory, making the Group the top Japanese drug manufacturer. Trust Pharmatech is expected to manufacture as many of Sawai Pharmaceutical’s large volume products as possible, and efforts are already moving forward with plans to commission the company to manufacture about seven products. Trust Pharmatech possesses not only appealing facilities and new facilities from our perspective but also many outstanding human assets. In particular, with strong develop capabilities, such as those related to formulation development, there are probably major benefits from Trust Pharmatech joining the Group.

Regarding production plans for fiscal 2022, we plan to manufacture about 16.5 billion tablets (including commissioned production) at our six existing factories by increasing the number of employees and taking other steps while implementing ingenious measures to increase productivity such as unifying packaging units. With an eye toward restructuring and centralizing the industry, we are aiming to possess overwhelming production capacity unmatched by rivals through a wide range of measures, such as constructing our own factories, securing manufacturing subcontractors, and acquiring other companies’ factories.

The main issue related to increasing supply capabilities is securing and training people. While investing money increases the production capacity of facilities, it goes without saying that people operate those facilities. Trust Pharmatech Co., Ltd., and Sawai Pharmaceutical Co., Ltd., are different companies, but as long as Trust Pharmatech manufactures Sawai products, its employees must view things from the same perspective as our factories and employees, adopt the philosophy regarding why they are producing products, and possess the same level of awareness regarding contributing to society and legal compliance.

Until the first shipments are made, we will conduct class-room and onsite training for Trust Pharmatech employees so that they can conduct manufacturing activities of the same quality as those of our factories. While undertaking actual manufacturing at factories, they will learn production methods that meet Sawai criteria.

However, unlike knowledge and skills acquired through training, a perspective of what makes work worth doing is not gained overnight. At Sawai Pharmaceutical, activities to spread the corporate philosophy of “always putting patients first” have been undertaken for 15 years. Even individual factories have worked independently to improve operations for many years. It takes time for corporate culture to take root like this, and Trust Pharmatech will also probably have to undertake similar activities for many years.

The Group’s long-term vision includes the goal of raising the Company’s share of Japan’s generic drug market from the current approximately 16% to at least 20%. To achieve that target, it is necessary to strengthen new product development. In particular, the key is to introduce competitive products, including first-of-their-kind products launched ahead of other companies.

In fiscal 2021, the Company introduced 32 products, which included six competitive products. Starting in fiscal 2022, we will be sure to introduce new products that will become competitive products and continue our steady efforts to sell products at fair prices through various measures, such as undertaking difficult drug formulation that leverages Sawai R&D capabilities. The less competition there is for a product, the greater the responsibility to supply that drug becomes, and we want to continue to take on challenges while giving the greatest priority to stable supply.

New product launch plan for the next three years

Number of products to be released: over

Furthermore, the Company develops various technologies and acquires patents each year as it introduces numerous products to the world. We refer to the original production technology that provides value added to drugs, such as making medicines easier to take and the manufacturing of medicines more efficient, as SAWAI HARMOTECH®, and we have started to disclose related information through our corporate website.

To get more people, even only a few, to know about our technology, we will continue to actively disclose information on our R&D.

We have traditionally focused on disclosure related to production and quality, but since fiscal 2021, we have undertaken even more extensive disclosure. In May, we added a Quality Management Disclosure page to the corporate website and started to explain our quality, GMP, and production processes. A pamphlet version has also been distributed to medical institutions. We also started to disclose information on formulation manufacturing companies and audits of API manufacturing plants through a general information site for healthcare professionals in June. We have decided to play a leading role in the industry so that healthcare professionals can use our products with peace of mind.

To restore trust in generic drugs, it is important to disclose all information, including what quality-related improvements have been implemented, what plans have been made, and what the results of these efforts have been. As a leading company in the industry, we will fulfill our duties related to disclosure.

Under the corporate philosophy of “always putting patients first,” our mission is to deliver high-quality generic drugs to patients and healthcare workers even a bit quicker. As for supply, we are building a system to increase production in the long-term, and the Manufacturing Division and Marketing Division will work together to meet the expectations of all in order to eliminate limitations.